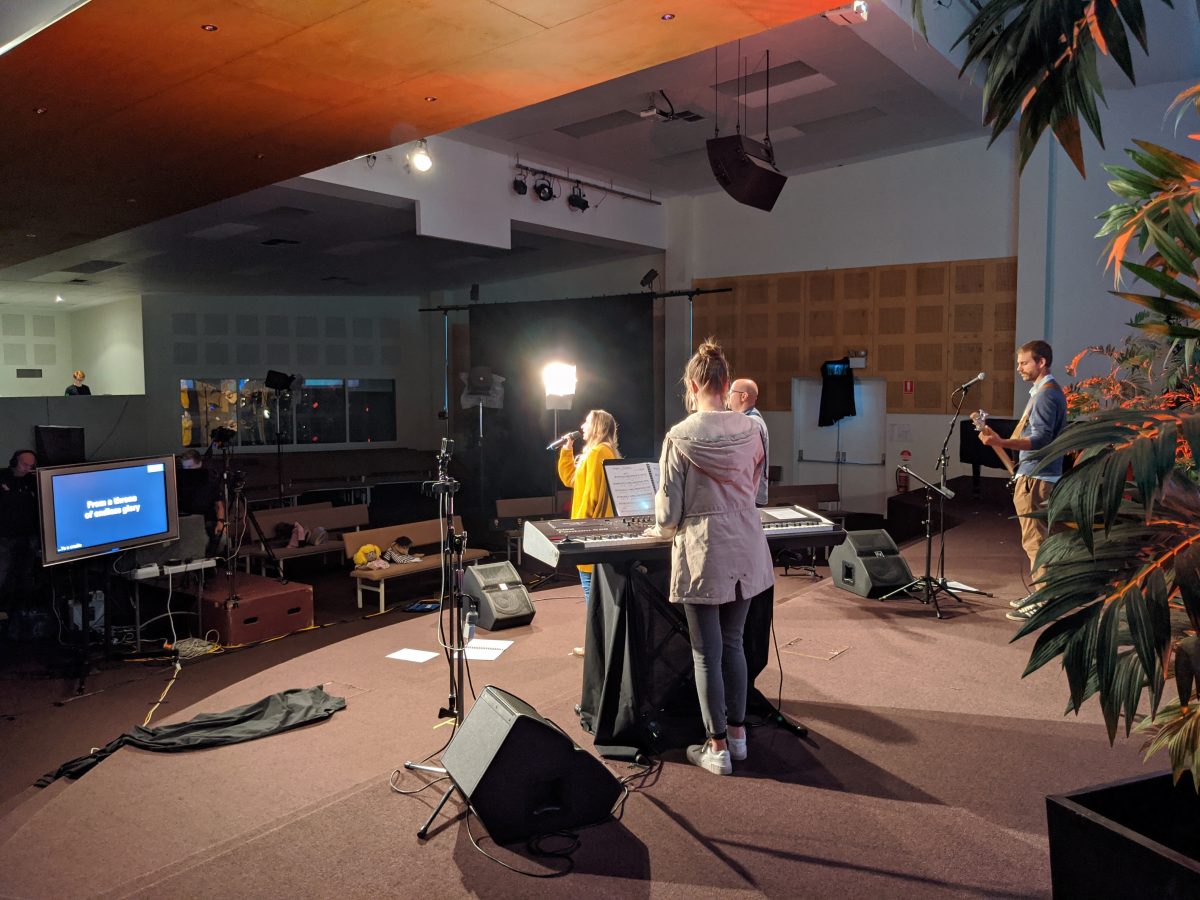 We stream our services live each week from Blackwood Hills Baptist Church.

We are incredibly grateful for those who have donated or loaned us the resources to allow us to do this.

Each week the AV team set up sound, camera and lighting specifically optimised for streaming. Much of this is often done in the days prior after consultation with whoever is leading the service.

The audio is mixed so that it sounds acceptable on a mobile phone speaker but still good on anything better such as a TV or headphones.

The lighting is set specifically for the cameras so that directions and angles produce the best possible image from our re-purposed hardware.

The three BirdDog P200 PTZ (Pan/Tilt/Zoom) cameras are connected to the streaming PC via Ethernet using NDI (a low latency video standard) on a dedicated network. The GoPro is converted from Micro-HDMI to HDMI, then to SDI using a Decimator to send back to the streaming PC.

As the service is live, everything has to be prepared and tested in advance. Any pre-recorded sections are queued up in vMix. Words overlay is done through chroma key of Easy Worship which is sent using NDI Scan Converter to the vMix computer. (the background of the slide is green allowing just that colour to be made transparent, then overlayed on top of the video)

Because we are using three PTZ cameras with about 10 presets each, it means we can run the stream with only one operator.

Much of this was supplied to us in consultation with Pro AV Solutions SA. We are incredibly grateful to them for all their efforts.

Note: I can not speak more highly of the Decimator MD-CROSS which we use primarily for troubleshooting. It saves hours of hair-pulling frustration. The MD-HX version is more than adequate, but we went for the MD-CROSS for the additional test signal generation functions.

We are using the following equipment:

If your church would like to chat with us about how we are streaming our services, we’d love to talk and share our knowledge with you. Please contact media@bhbc.org.au for information.